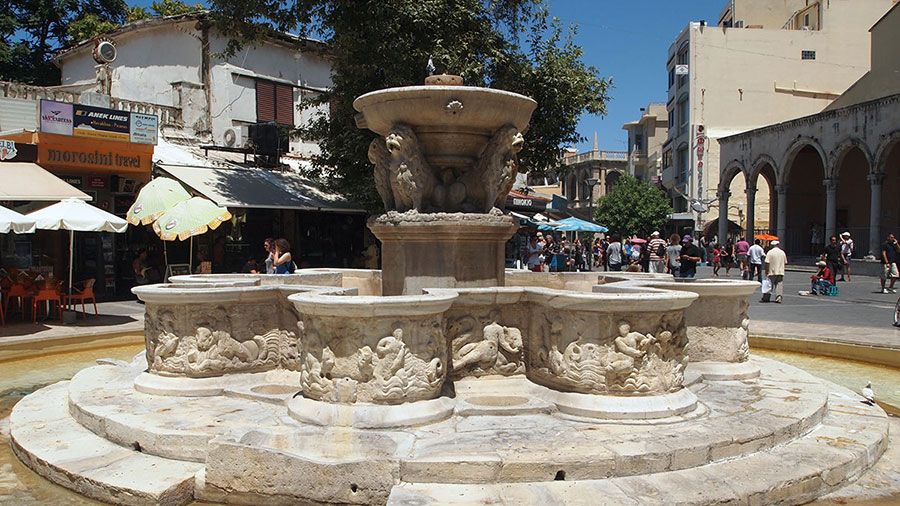 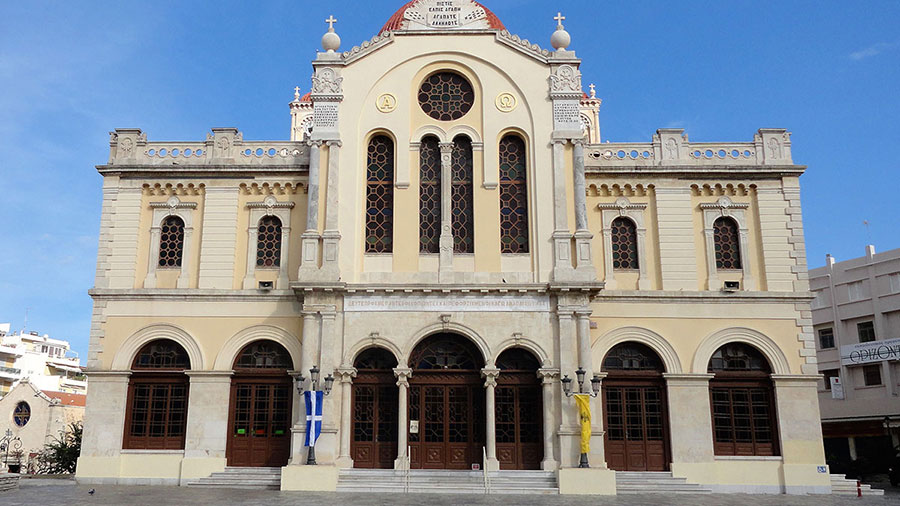 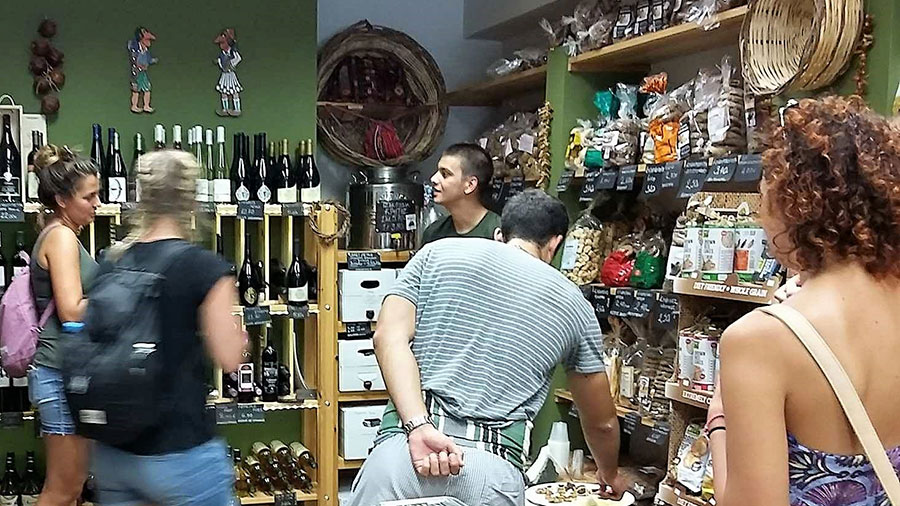 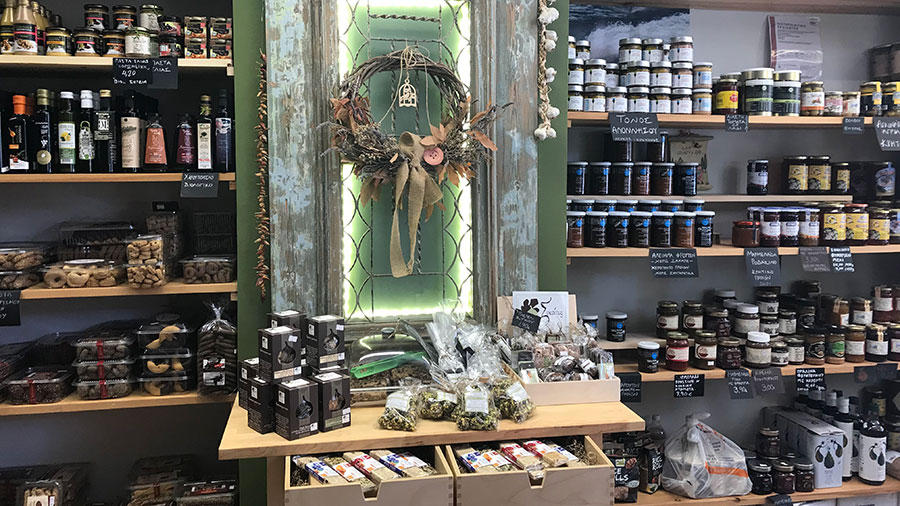 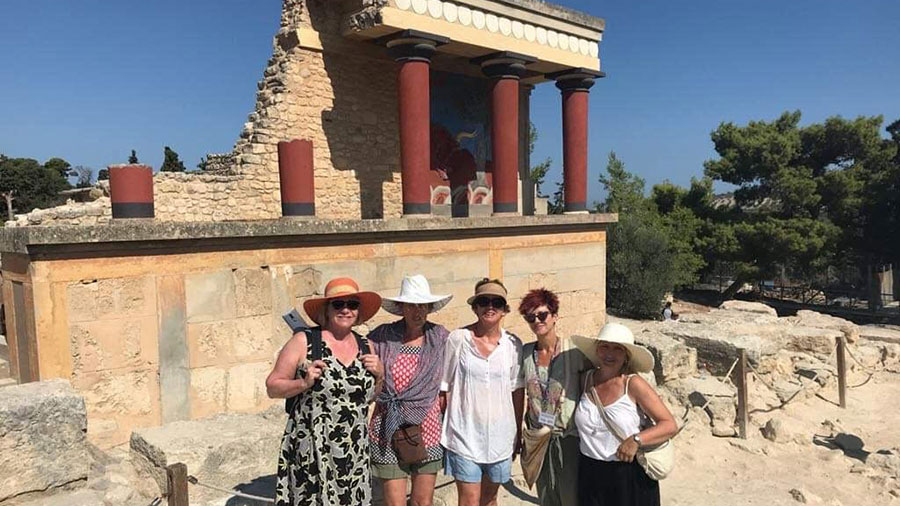 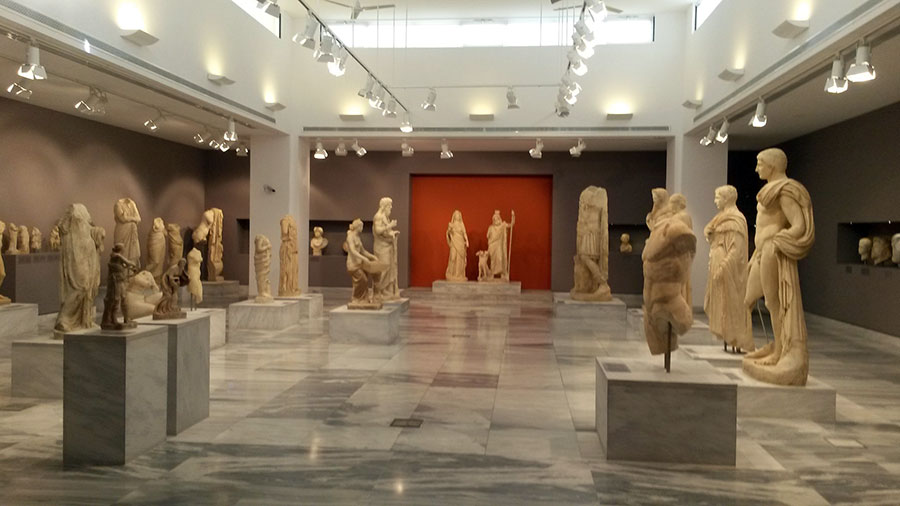 Visit the Mythical Palace of Knossos of King Minos and Labyrinth home to the Minotaur. Get to know the largest city and Capital of Crete. Visit, along with WeGuide, Heraklion’s major monuments; travel through time and its rich history. Discover the past and the present of a city that combines old with new. Next, enjoy the fine art and jewelry in one of the most popular Bronze Age museums of Europe.

Join our small group (up to 8 pax) and visit Knossos palace, Heraklion down town and the museum with a Licensed Tourist Guide.

Get the chance to pre-Buy on-line your entrance ticket and Skip-The-Line, entry.

We provide also transfer to the Knossos palace and the Archaeological museum of Heraklion for easy access (Book online).

Meet and greet, our check-in operator, with the “WeGuide.gr – Meeting Point” logo.

Meeting point: Main Entrance to the Palace of Knossos, in front of the Ticket Office (Skip-the-Line Entry).

Discover with us the Labyrinth and Palace of Knossos! Skip the long ticket line and with our expert Guides unraveling the Myths and Legends surrounding the site. Next, visit the Archeological Museum of Heraklion which hosts a collection that makes it one of the most important Museums in Europe in its field. Explore the Historical city center of Heraklion and Capital of Crete! The 7th labor of Hercules was performed here, the birthplace of El Greco and Kazantzakis.

Knossos, a complex of more than 1500 interlocking rooms, was an astonishing palace, built for a mighty king of the Bronze Age. As you wander through the labyrinthine ruins, you will have the chance to see the original throne of "Minos", the mystifying sanctuaries, the luxurious domestic quarters of the royal family, the once upon a time bursting with Crete’s treasures pantries and the astonishing water-management systems!

Knossos is considered Europe’s oldest city. The first palace of Knossos was erected soon after 2000 BC. In 1700 BC, a catastrophic earthquake destroyed the Palace. A new palace was then immediately built, the most significant and monumental of all and for more than 300 years it represented the pre-eminent center of power in Bronze Age Crete. The new palace was an imposing complex with important architectural innovations, splendid frescoes adorning the walls, hundreds of rooms distributed in four stories, impressive storage areas, specialized workshops and spacious courts hosting ceremonies and feasts.

During the last decades of the 14th century BC, a series of earthquakes led however to the final destruction of the palace.

Explore the Historical city center of Heraklion and Capital of Crete! The 7th labor of Hercules was performed here, the birthplace of El Greco and Nikos Kazantzakis.

Heraklion’s history with stories of its turbulent past and visits to its legendary churches, fountains, and monuments. Walk with us the beautiful city of Heraklion with your professional licensed guide and local. Get to know Heraklion the largest city of Crete. Visit Heraklion’s major monuments; travel through time and its rich history. Discover the past and the present of a city that combines old with new. The walking appeals to every visitor, regardless of age. The tour is wheelchair accessible. Easy walking tour (expect some steps, walk through pedestrian streets), through the city’s most important monuments, providing information about the city’s attractions.

The Archaeological Museum of Heraklion provides a unique opportunity for the visitor to marvel at the findings of the first of civilization in Europe, the Minoan civilization.

The Heraklion Archaeological Museum is one of the largest and most important museums in Greece, and among the most important museums in Europe. It houses representative artefacts from all the periods of Cretan prehistory and history, covering a chronological span of over 5,500 years from the Neolithic period to Roman times. The singularly important Minoan collection contains unique examples of Minoan art, many of them true masterpieces. The Heraklion Museum is rightly considered as the museum of Minoan culture par excellence worldwide.

The museum, located in the town center, was built between 1937 and 1940 by architect Patroklos Karantinos on a site previously occupied by the Roman Catholic monastery of Saint-Francis which was destroyed by earthquake in 1856. The museum’s ant seismic building is an important example of modernist architecture and was awarded a Bauhaus commendation. The colors and construction materials, such as the veined polychrome marbles, recall certain Minoan wall-paintings which imitate marble revetment. The two-storeyed building has 27 galleries, a gallery for audio-visual displays, extensive modern laboratories, a cloakroom, a cafeteria and a museum shop that sells museum copies, books, postcards and slides.

Our operator will be holding a sign with a “WeGuide.gr – Meeting Point” logo:

Please check your location before booking!

Knossos palace located at the center of the island (Heraklion). We (WeGuide.gr) are located at Heraklion city center.

Distance to Knossos palace from:

Our operator will be holding a sign with a
“WeGuide.gr – Meeting Point” logo

Upon arrival to the Palace of Knossos, skip the long line for the tickets and enter the Archeological Site of Knossos !
Not necessary to stay in line, enter through the gates of Knossos to meet us!
Just round the corner after the ticket booth of Knossos you will see the Coffee shop our staff will be holding a sign of "WeGuide.gr - Meeting Point"
Here you meet your tour guide of Knossos Palace.
There is a free parking place for your car just before the Knossos palace.